Paul has been a director of TTHA since 2011 and Chairman since 2012. He is also a Director of Temple Society Australia Limited, the parent organisation of TTHA. Paul graduated from Monash University, Clayton with a Bachelor of Economics and Politics, majoring in economics, accounting and law. After 38 years of service, Paul retired from Siemens Ltd and held many positions including heading the Finance and Administration division for many years. Paul’s passion lay in the role of Executive General Manager for a variety of divisions such as Industry and Energy and he took a 5 year secondment to the Siemens Joint Venture company, Silcar Pty. Ltd. as CFO in 2000. Corporate governance and business development have been key features of Paul’s work and he currently provides consulting services to clients in these areas through his consulting company. 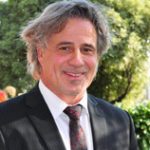 Dieter has been a TTHA Board Member since 2012. Dieter has extensive experience within the Victorian Commercial Construction Industry where he currently holds the position of State Manager / Director for Johns Lyng Commercial Builders Pty Ltd. Dieter provides a wealth of knowledge and experience in construction, design and compliance related to the overall operations of the TTHA. Dieter is also a three generation Templer (Australia) and proud of and passionate about his family’s German heritage. 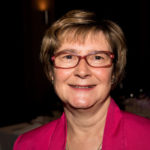 Irene Kemper has been a representative of the Temple Society of Australia on the TTHA board since October 2014. Professionally, Irene has been a consultant physician in general and geriatric medicine for more than 20 years and works under her maiden name of Dr Irene Wagner.  Irene runs a busy private practice and works at Monash Health’s Dandenong Hospital where she has developed and auspiced a thriving geriatric service.

“For months now mum has been telling me how a volunteer visits her regularly and accompanies her to Templer Services at the chapel. You have clearly understood how important and special continued engagement with activities is to residents’ health and happiness and I thank you”

Accent Home Care creates opportunities for you to continue enjoying your life at home.

Residential aged care combines the comforts of home with the security of the highest quality care.

Stay up to date with events, activities and changes to aged care. Sign up to the quarterly TTHA eNewsletter.